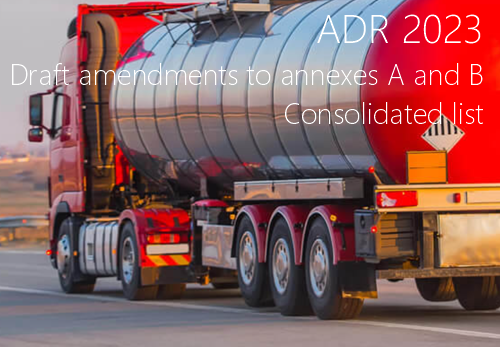 At its 110th session, the Working Party on the Transport of Dangerous Goods requested the secretariat to prepare a consolidated list of all the amendments which it had adopted for entry into force on 1 January 2023 so that they could be made the subject of an official proposal in accordance with the procedure set out in article 14 of ADR, which, following usual practice, the Chair would be responsible for transmitting to the depositary through his Government. The notification would have to be issued no later than 1 July 2022, with a reference to 1 January 2023 as the scheduled date of entry into force.